2013 marks a significant historical milestone for the state of Florida as it commemorates the 500th Anniversary of Spanish explorer Juan Ponce de León’s landing on the coast of Florida, the first European explorer documented to set foot on the continental United States. Juan Ponce de León landed on Florida’s east coast on April 2, 1513, and bestowed the name La Florida on this lush new land in honor of the Spanish Feast of Flowers celebrating Easter season. Juan Ponce de León’s expedition entered the Calusa Indian domain near Fort Myers on May 23, 1513, spending more than three weeks in the area and documenting stababa, the Calusa capital town at Mound Key.

Ancestors of the Calusa Indians inhabited coastal southwest Florida for several thousands of years and contributed to the more than 12,000 year history of American Indians in Florida. Juan Ponce de León’s voyage of discovery began a new era in which native peoples, Europeans and other nationalities under many different flags formed the foundation that created the state of Florida.

A countless number of different cultures have contributed to Florida’s heritage and continue to live, work and thrive together today. The Florida Department of State designated 2013 as Viva Florida 500 to commemorate our cultural legacy and reflect on the achievements of all who have contributed to Florida’s dynamic growth, rich diversity and economic prosperity. To commemorate this milestone Lee County citizens and visitors are encouraged to participate in the many enriching programs and events planned in honor of Viva Florida 500 throughout 2013.

Click on the links below to learn more about Viva Florida 500:

Susan Acuna Honored as Alumna of Distinction from Indiana University!

The History of American Literacy 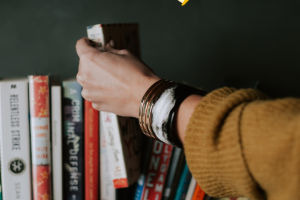 Nobody is Too Old to Learn!